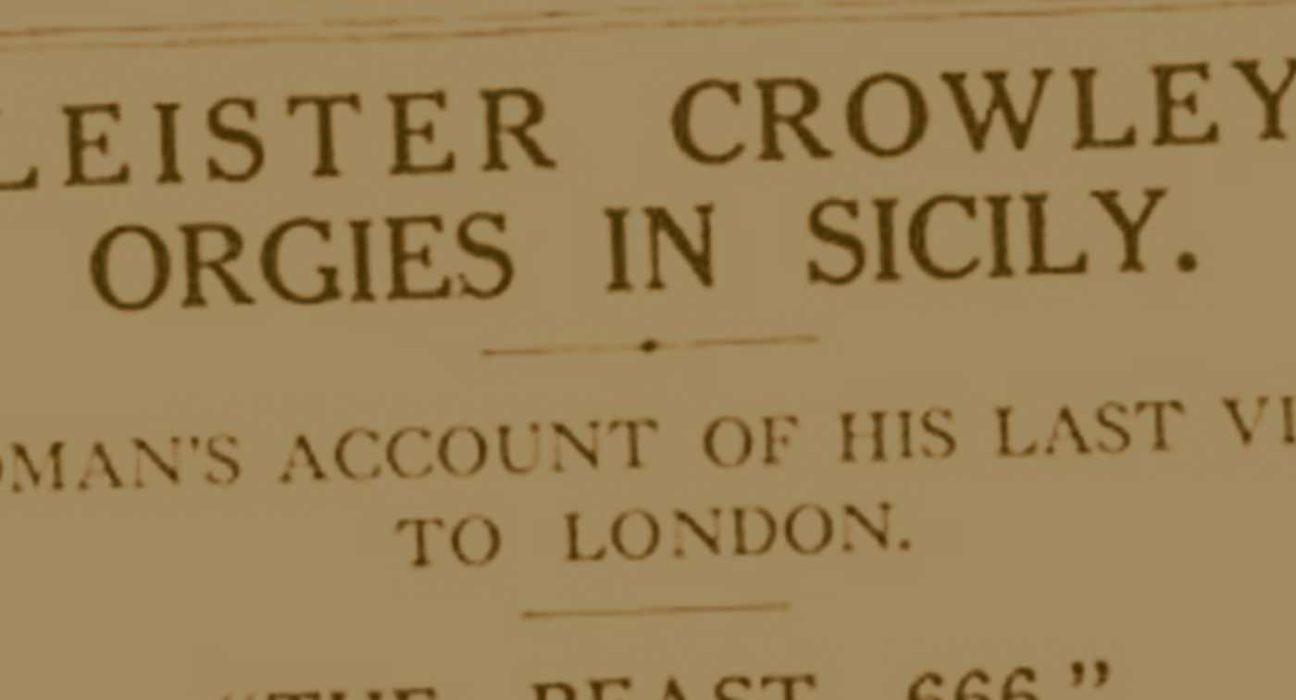 PREYING ON THE DEBASED. HIS ABBEY. PROFILIGACY AND VICE IN SICILY.

The “Sunday Express” last week demanded the suppression of a book, “The Dairy of a Drug Fiend.” Written by a person called Aleister Crowley. “At the baser and more bestial horrors of the book it is impossible to hint.” Wrote Mr. James Douglas. The publishers state that it is their intention to push sales of this pernicious work.

He was in London a month ago, unknown to anyone except his small circle of intimates.
This is the man whose latest work is a deliberate symposium of obscenity, blasphemy, and indecency.

He was in London a month ago, unknown to anyone except his small circle of intimates.

Man of Many Names

His picture was painted in 1911 by Augustus John, and this year by Jacob Kramer. The latter picture is now on exhibition in London, entitled, “The Beast 666” – which is how the artist saw him.
The “Sunday Express” in reiterating it’s demand for the withdrawal from circulation of this volume, feels certain that these revelations will induce the publishers – a firm of high repute – to reconsider the decision.
The following is the full life history and record of this sinister author :-
Aleister – formerly Aleister – Crowley was a notorious character in London before the war. He had several aliases which he used on various occasions, including A. E. Crawley, Count von Zonaref, Alastair McGregor, and Earl of Middlesex. He was, according to his own statement, born at Leamington on October 12, 1875, and is reported to be the son of a Kentish brewer. He is further stated to have studied at Trinity College, Cambridge, in 1896.

Crowley is an author and journalist by profession, and a poet in spite of the morbidity and perversity of his work, of undoubted accomplishment. His underground activities are less avowable. He came under the notice of the police in 1900, when he stole £200 from a widow with whom he cohabitated; the woman, however, refused to prosecute. According to his own statement, Crowley was exploring in Kashmir in 1902 under the auspices of the Australian Government. He reappeared in 1903, when he married at Strathpeffer a young widow, Mrs Skerrat, formerly Miss Rose Kelly; he then called himself McGregor of Boleskine. After this Crowley went to Paris, where he celebrated what he called “Isis Worship”. His wife divorced him, and he subsequently married a violinist named Leila Waddell.
The unclear forms of occultism, purued as a means of making money, have been Crowley’s chief interest from his early days. He has made various unsuccessful efforts to get recognised by the English Freemasons. He organised an association known as the A.A. (Atlantean Adepts.), and later became a member of a Rosicrucian Society, known as the O.T.O. (Ordo Templi Orientis). His adepts begin every letter and conversation with the greeting, “Do what thou wilt is the whole of the Law” (evidently suggested by Rabelais’ “Fay ce que voudrais”), and end up, “Love is the law, Love under will.”
In 1910 Crowley was holding meetings at the Caxton Hall to witness the performance of the “Rites of Eleusis”; he cultivated an immoral society for the worship of the god Pan; and he organised every kind of evil rite including the “Cult of the Beetle” and the Black Mass.

The outbreak of war put an end to Crowley’s activities in England. In November 1914 Crowley went to the United States, where he entered into close relations with the pro-German propagandists. He edited the New York “International”, a German propagandist paper run by the notorious George Silvester Viereck, and published, among other things, an obscene attack on the King and a glorification of the Kaiser.
Crowley ran occultism as a side line, and seems to have been known as the “Purple Priest.” Later on he publicly destroyed his British passport before the Statue of Liberty, declared in favour of the Irish Republican cause, and made a theatrical declaration of “war” on England. According to another version of this story he proclaimed himself at the same time “King of Ireland.”

During his stay in America Crowley was associated with a body known as the “Secret Revolutionary Committee,” which was working for the establishment of an Irish Republic. He is known also as the writer of a defeatist manifesto circulated in France in 1915. Crowley arrived in France at the beginning of 1920, and subsequently went to Cefalu, Sicily. Here he was head of a community of kindred spirits established at the Villa Santa Barbara, renamed by them “Ad Spiritum Sanctum.” Free sexual intercourse seems to have been one of their tenets. 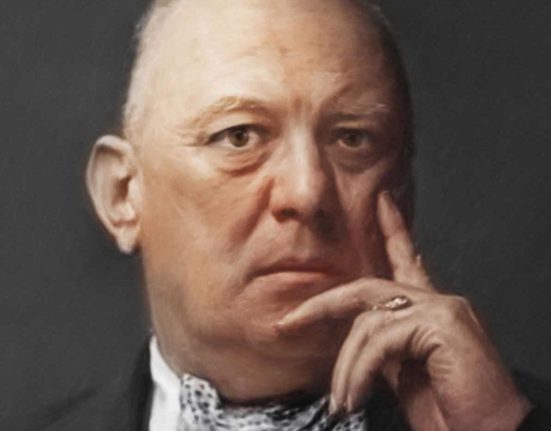 Farewell 666 – the ‘wickedest man in the world’ 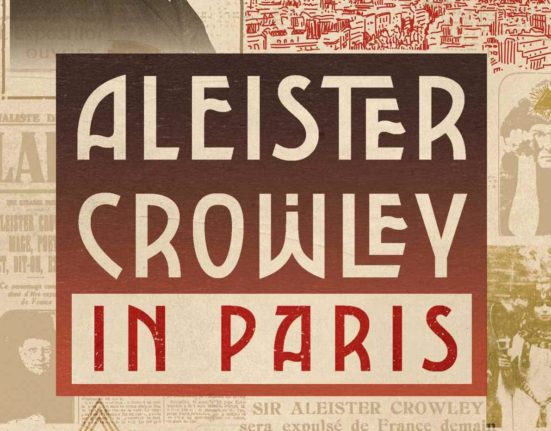 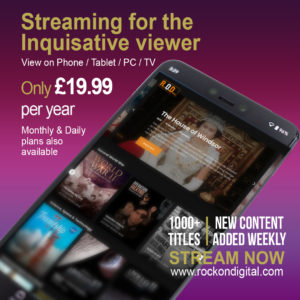 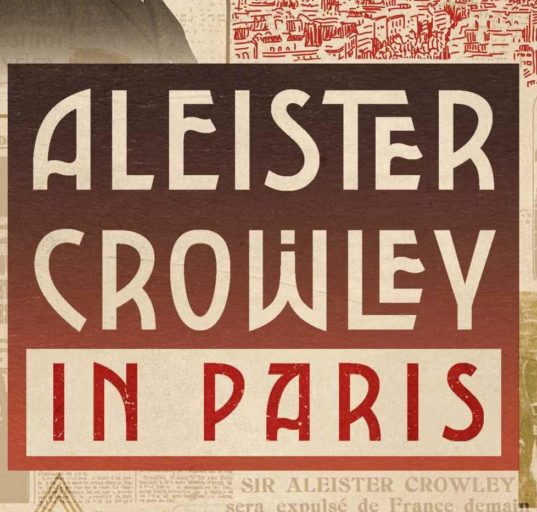 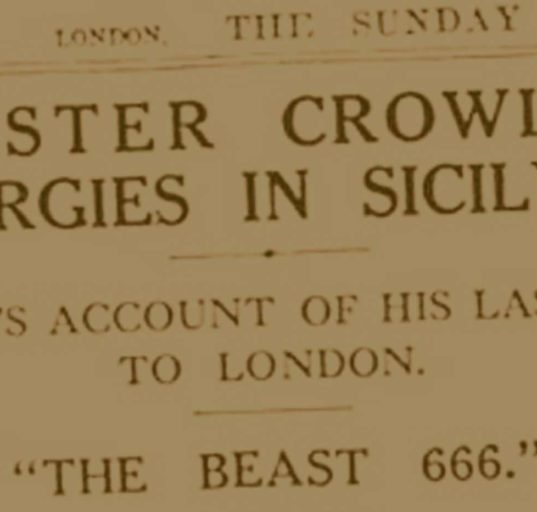 This website uses cookies to improve your experience while you navigate through the website. Out of these, the cookies that are categorized as necessary are stored on your browser as they are essential for the working of basic functionalities of the website. We also use third-party cookies that help us analyze and understand how you use this website. These cookies will be stored in your browser only with your consent. You also have the option to opt-out of these cookies. But opting out of some of these cookies may affect your browsing experience.
Necessary Always Enabled
Necessary cookies are absolutely essential for the website to function properly. These cookies ensure basic functionalities and security features of the website, anonymously.
Functional
Functional cookies help to perform certain functionalities like sharing the content of the website on social media platforms, collect feedbacks, and other third-party features.
Performance
Performance cookies are used to understand and analyze the key performance indexes of the website which helps in delivering a better user experience for the visitors.
Analytics
Analytical cookies are used to understand how visitors interact with the website. These cookies help provide information on metrics the number of visitors, bounce rate, traffic source, etc.
Advertisement
Advertisement cookies are used to provide visitors with relevant ads and marketing campaigns. These cookies track visitors across websites and collect information to provide customized ads.
Others
Other uncategorized cookies are those that are being analyzed and have not been classified into a category as yet.
SAVE & ACCEPT
X
Go to mobile version